In June 1969, the HK Monaro was replaced by the face lifted HT Monaro.

As the Monaro was Holden’s main car in Series Production racing, this was primarily in response to Ford who had released the Ford XW Falcon GTHO Phase I in 1969 which was powered by the 351 Windsor V8 engine (5.8 L).

There was also an automatic version of the ‘GTS 350’ introduced which used a lower power version of the 350 in3 (5.7 L) engine coupled to a 2-speed Powerglide transmission.

HT Monaro also marked the phasing out of the 5.0-litre Chevrolet V8, and the introduction of Holden’s own locally made V8 engines, the 4.2-litre 253, and the 5.0-litre 308. Late in the HT model run, a new locally produced 3-speed automatic transmission, the Trimatic, was offered as an option, although it was not available on the ‘GTS 350’.

The HT Monaro GTS350 was successful in Series Production racing. The Holden Dealer Team was formed in 1969 by longtime Ford Works Team boss Harry Firth with the team using the GTS350 in competition. The HDT entered three Monaros in the 1969 Hardie-Ferodo 500 the lead car driven by Colin Bond and Tony Roberts winning from 1968 winners Bruce McPhee and Barry Mulholland who had switched to driving a Falcon GTHO. Coming home third in the Dealer Team’s 3rd Monaro was Des West and Bathurst rookie Peter Brock. 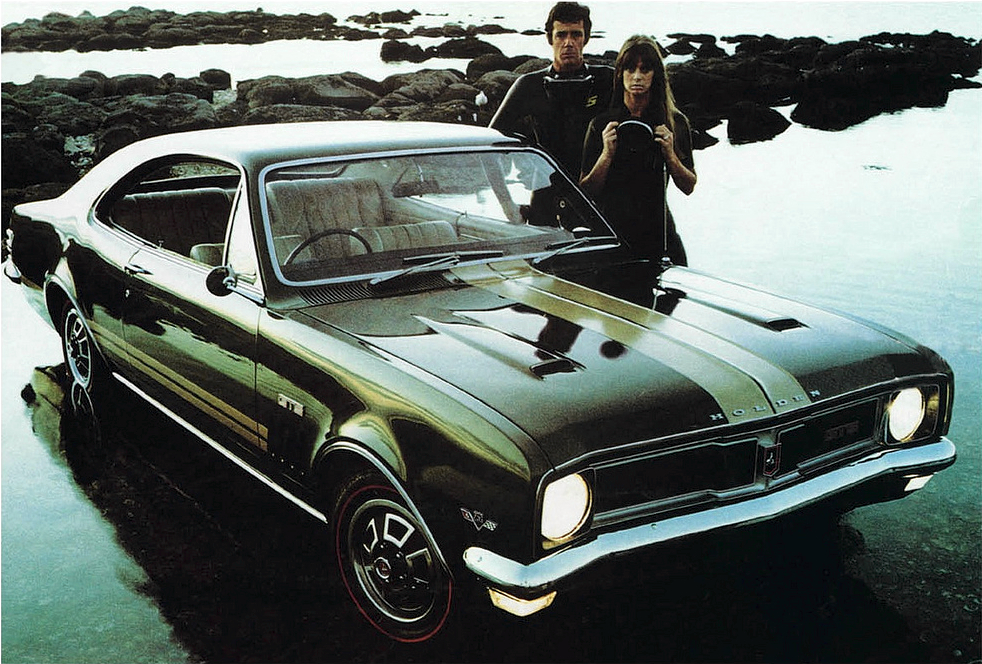