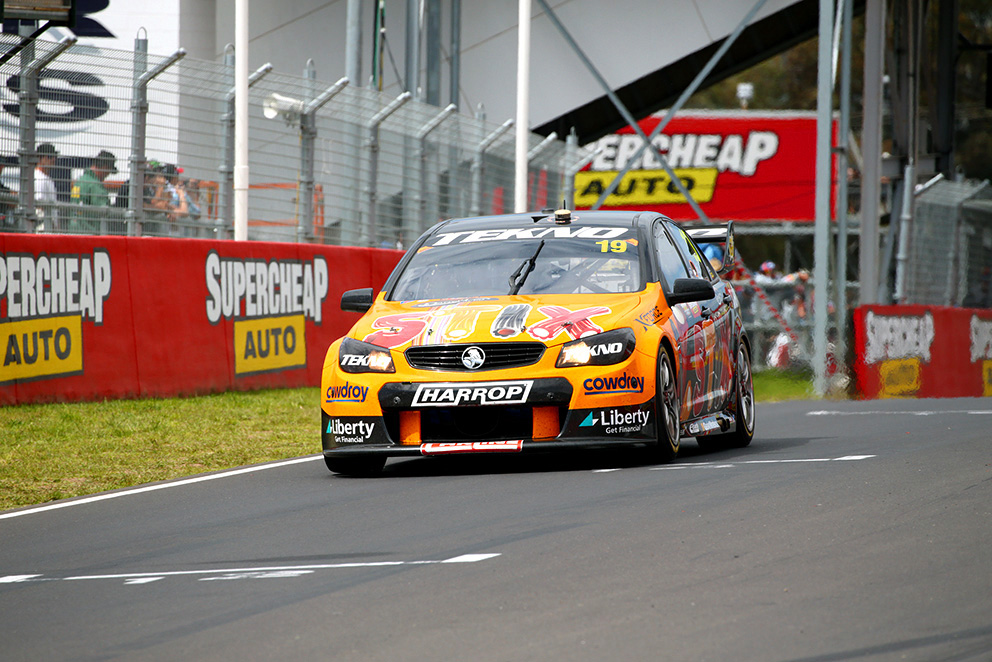 Another Bathurst 1000 has come and gone, with all the usual thrills, spills and controversies – the latter having more than its fair share. The “underdog” Tekno Motorsport team got the win due to a penalty on the power house team of Triple 8. Plenty of tongues were set wagging about that late-race decision on the actions of race leader Jamie Whincup and if you didn’t have your own opinion you weren’t watching the race. But the experts and regulators on the spot saw what they saw and decided what they decided; which effectively elevated the second placer to the top of the podium.

But just as big news this year was the ten-year commemoration of the loss of Peter Brock. Sunday morning’s on-track tribute with pit lane display and parade laps of his Bathurst and other iconic cars left not one dry eye in the house, well not one that we could see anyway. It’s been a long time since Brocky dominated at Bathurst but the indelible impression he left on the sport and it spectators is as strong as ever. That is even more remarkable because, think of this, a current P-Plate driver probably has no personal recollection of Brock’s racing career! Make you feel old!

We are certainly in a new post-Brock age and that applies to the 1000 kilometre race too. The modern era Bathurst 1000’s aren’t the test of which Aussie car maker makes the best car – for you to buy from your local dealer. Production car racing has long been replaced with purpose-built, hi-tech, supercars whose only resemblance to anything you can buy from a dealer showroom is the exterior body panels.

But the thing that hasn’t changed is the inexorable link between success and money spent, or is it? Does spending dollars always produce the best result?

A wise man once said, in fact it was the greasy proprietor of the wrecking yard in MAD MAX, “Speed is just a question of money, how fast do you wanna go?” But once in a while that principle of biggest is best gets toppled, it used to happen in the old production car days and it happened in the 2016 Supercheap Auto Bathurst 1000.

Cast your mind back to the early 1970s when Holden’s race car was the Torana XU-1, a small car based on an English Vauxhall, modified with Holden’s revered six-cylinder engine – to tackle the ultimate battle of speed and endurance Bathurst – pitted against Ford’s mighty GTHO Falcons fitted with their formidable Cleveland V8 engines with no less than 351 cubic inches of displacement. Approaching double the size of Holden’s underdog 202 c.i.d. red motor. A genuine David versus Goliath fight – up a steep mountain and down its super-speedway long straight, that must surely have only one outcome?

Jump to 2016. All the cars in the race were virtually identical in specification but the organisations fielding them weren’t. Contrast the super team of the new millennium, Triple 8, who have strung together a list of race wins, championship wins, and Bathurst crowns the likes of which has almost never been seen. Pitted against their might, as well as other very well-funded teams, was a gaggle of privateer teams. To call them also-rans would be unkind but none of them surely had any chance. Are you sure?

Well, the parallels between the outcomes of the Bathurst 1000 of 1972 and 2016 are starkly remarkable.

Fairy tales do come true. Brocky in an XU-1 slayed the GTHO Falcons because those small Toranas were nimble and could dance in the rain. In 2016 a single-car team called Tekno Motorsport put the Goliaths to shame – more than 30 years since a single-car team had won the race.

Describing both victories as fairy tales actually belies the fact that the 1972 and 2016 results were no accidents. It is undeniable that you need luck to win a motor race, especially a 1000 kilometre one. But it’s equally true that luck alone won’t get you the chequered flag. Careful planning, thorough preparation and flawless execution will do the job. The HDT’s canny boss, Harry Firth, knew how to create a winning formula from a little car with a little engine. Tekno Motorsport obviously checked every last detail, nut and bolt – twice – because their Commodore was still flying on the final lap. To

digress a moment, Tekno had their execution so accurate that their car spluttered out of fuel as it took the chequered flag!

And don’t we all love when an underdog wins? What is it in the Aussie psyche that revels in that? Backing the favourite, going with the strength, following the leader; those are all appealing and offer a feeling of security. But Harry and Tekno showed what gems there are to be found and what rewards can be had when you think like an individual and take a calculated risk, which really isn’t a risk at all – when you’re fully prepared.

The tenet of the “Six P’s” – Proper Preparation Prevents, well…you know what sort of Performance, applies to the world of classic vehicle insurance too. No, Lumley Special Vehicles is not a race team or a vehicle manufacturer. They produce insurance policies tailored to the needs of classic vehicle owners. Behind them is the strength of one of Australia’s largest insurance groups and at their heart are specialists who know what’s  important to car enthusiasts, and how to deliver it. So, when your next classic vehicle insurance renewal is due, see how Lumley Special Vehicles could surprise you.

Likening them to an XU-1 Torana is probably stretching it a little – but you get our drift!