It doesn’t get much more Australian then a Panel Van. It’s remained an Australian icon for decades even after it ceased production and has featured in many popular songs, films, TV adds and soapies.

In Australia, panel vans were a development from the Australian “UTE”. They were offered by Holden from December 1953 and by Ford from May 1961. If you grew up in the 60’s and 70’s you either had one or were lucky enough to know someone that had one. There was no limit to the amount of people you could get in the back!

The Falcon Sundowner Van, based on the Falcon 500 Van, was introduced in 1977. It included options from the Falcon GS Hardtop, such as comprehensive instrumentation, bonnet scoops, slotted sports road wheels and driving lights, with side protection moulding’s and rear side glass deleted. Side and rear decals were included in the package. 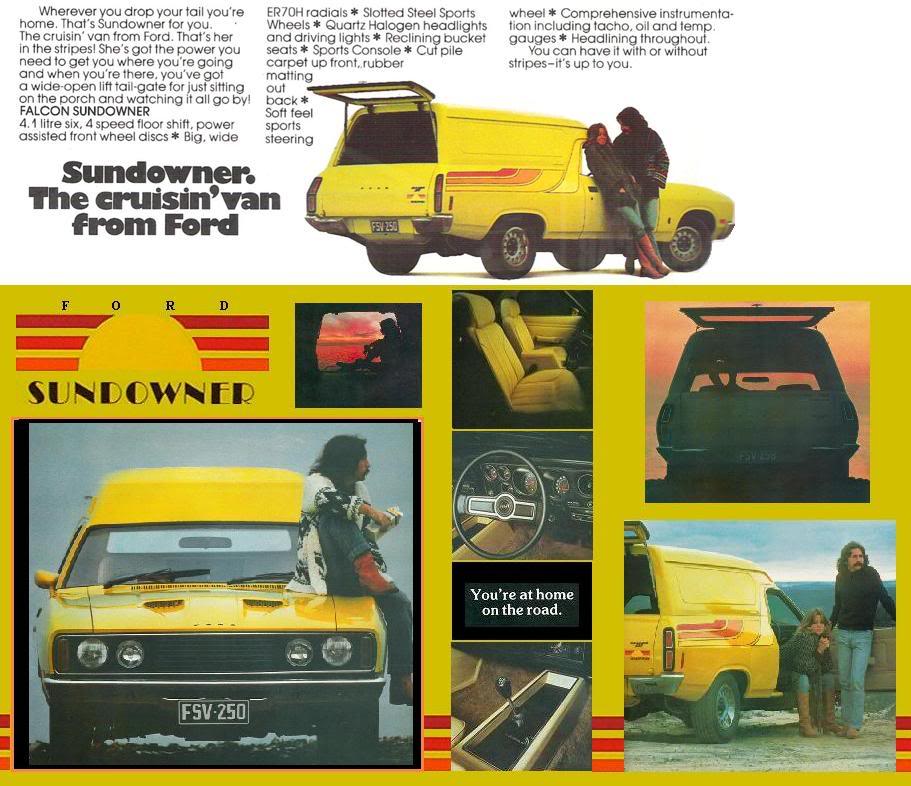 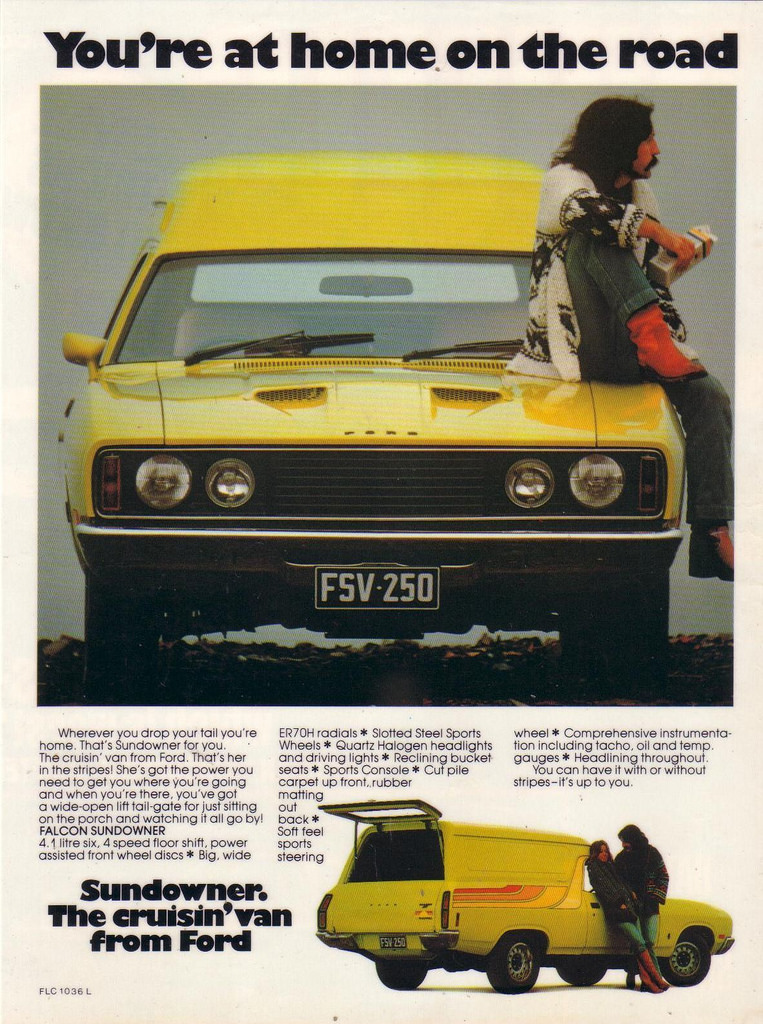