The XA Falcon saw the return of a two-door hardtop, which allowed the new XA GT to appear in two-and four-door body styles for the first time.

Sold between March 1972 and September 1973, the XA series was the first Falcon be completely designed and manufactured in Australia. It featured an entirely new body which was larger and had more room than that of its XY series predecessor.

The XA range also had a longer list of options and a wider choice of engines with the 4.1-litre six now available with either a single or double venturi carburettor.

The XA series was the first all-Australian Falcon design and the sleek new GT looked the part with twin bonnet NART scoops, side vents on the front guards, blacked-out bonnet, wheel arches and door sills, and driving lights integrated into the blacked-out grille.
Upgraded suspension and extra refinement made it even more of a Grand Tourer.

The XA GT marked a return to the popular 12-slot sports wheel. From the end of the XY series, the GT’s Cleveland V8 was locally assembled from imported parts before they were manufactured here.

The Windsor 302 V8 was replaced by a 302 version of the locally-built V8. The hardtop eventually became even more famous as the basis for the Mad Max super car for the film of the same name.

The XA GT continued the race-winning tradition set by the earlier models culminating in the Moffat/Geoghegan Bathurst victory in 1973 followed by the 1974 Goss/Bartlett win in pouring rain making the XA GT the single most successful GT at Bathurst.

Almost one third of the XA GT models were hardtops out of a total of 2,759 units sold. Three prototypes (all supplied to race and rally teams) and one actual production model of the Phase IV were built. Legends, lies and rumours of these four cars persist to this day that they are the most collectible of all GTs.

A total of 129,473 XAs were built. While successful, the XA Falcon range proved to be short-lived as it gained a significant frontal appearance update to become the XB Series September 1973. 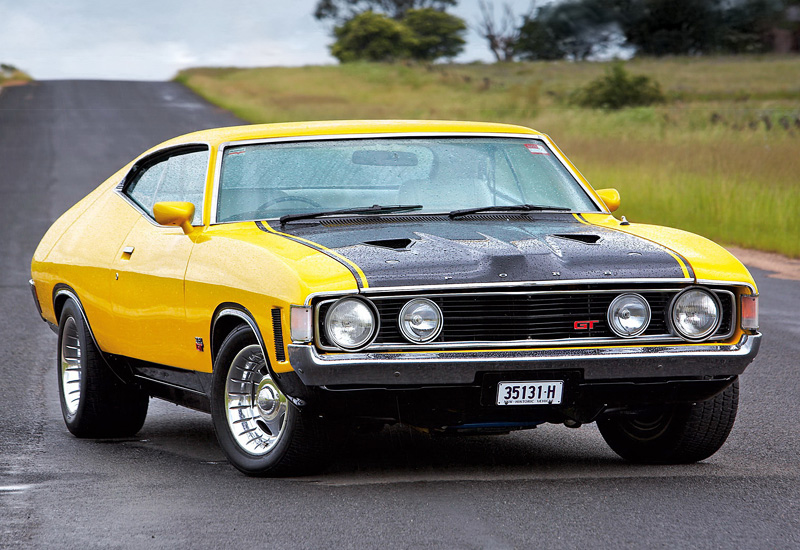