The Plymouth Barracuda’s design was originally based off the Valiant. In a sense, designer John Samsen and his design team were designing a pony car: one that is comfortable, stylish, powerful, compact and affordable. The first model came onto the market a few weeks ahead of the Ford Mustang. There was only ever going to be one winner.

The Mustang outsold, outperformed and outclassed its competition in almost every facet. Whilst praise was given to the Barracuda for its handling, the sales targets were not met. There was also trouble with the engine bay size. Designed for a straight six engine, it struggled to fit in the larger V8 engine.

When Samsen teamed up with iconic car designers John E. Herlitz and Carl Cameron, the development and evolution of the Plymouth Barracuda began to take shape. After many years of refinement, they eventually settled on and agreed to new designs inside and out.

The 1970 Barracuda model had some big changes made to the design. The E Body was introduced; essentially a merge of the A-Body and B-Body. With a wider body, the car looked sportier. It also meant engine size was not restricted by the engine bay, an especially good factor, with the more industrious Hemi.

Another design change was that the driver would sit higher in the car than they would in a competitor’s car.

The car is available as a two door notchback coupe and two door convertible. There are four models available: the Barracuda series, the Grand Coupe, the ‘Cuda and AAR.

The Plymouth Barracuda kick-started the massive wave of popularity which the car enjoyed in the early 1970’s. With its unorthodox sporty appearance, powerful engine and sleek handling, car fans were sold on it. 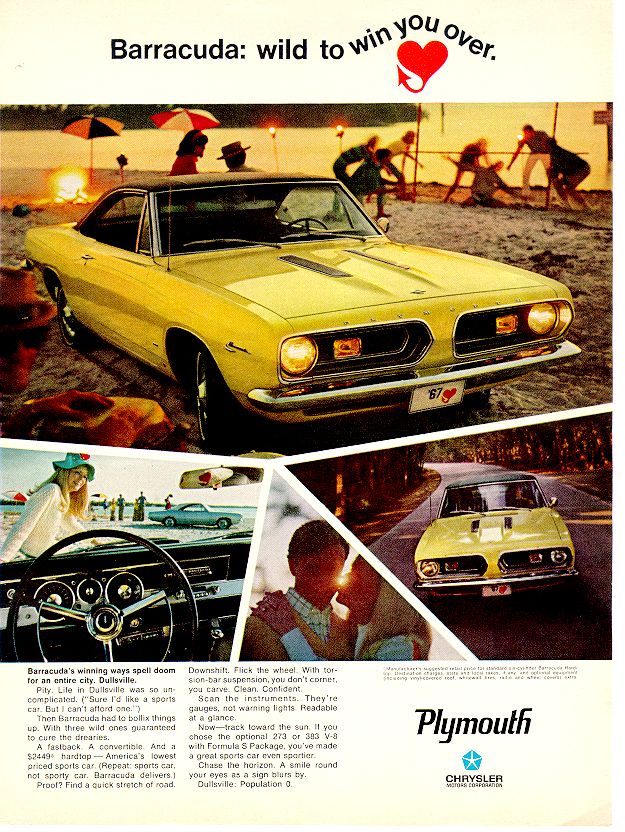 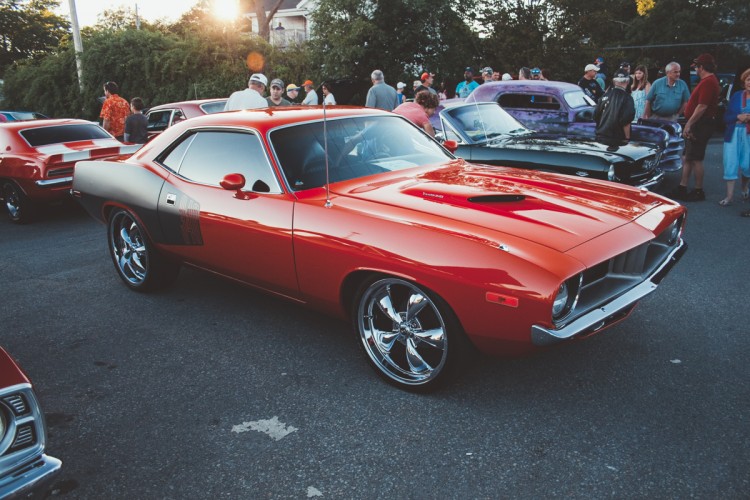