Rebecca has been watching motor sports since she could walk. Her bedroom growing up was plastered with car magazine centrefolds rather than actors or bands. She spent her weekends at Barbagallo watching V8 super cars. She was now caught up in her husband’s Shelby Cobra passion!
Rebecca is nominating both herself and her husband’s “His & Her” Shelby Cobra’s to Resto! Before Rebecca met Bryan, Bryan had a dream to rebuild a replica Shelby Cobra as close to the original specifications as possible. Rebecca didn’t even know what a Cobra looked like until she saw some pictures of one. Bryan finally took the plunge and ordered a rolling chassis from a local Perth guy.

Once the white gel coated shell arrived home, it was like a new baby was being welcomed to the home. The amount of care taken to get the shell off the trailer and into the garage was nothing more than miraculous.

The pair joined the WA Cobra Car Club and rocked up to meetings and club runs.

As soon as the sun went down, Bryan was in the garage – every night.  Tap, tap here, swear, swear there.  The build had begun and so had Rebecca’s enthusiasm for Bryan to finish. As the car began to take shape, Rebecca found herself spending more and more time in the garage (it was really the only way she would get to spend time with her man…..yes Ladies, we all know what that feels like) and she started to think to herself…..this car is sexy! I can see myself driving this so Rebecca decided to build her own.

Rebecca ended up buying all the parts she could afford in the hope that they would miraculously attach themselves to the car. Of course they didn’t. Bryan helped but he was also trying to fix his own!

Years have passed and both Shelby Cobras are still not completely running, drivable or registered.  They have never given up on their dream: to rock up at the next Cobra meeting driving in their own fully restored Cobra’s!

Who else has got a partner that spends more time in the garage then anywhere else? 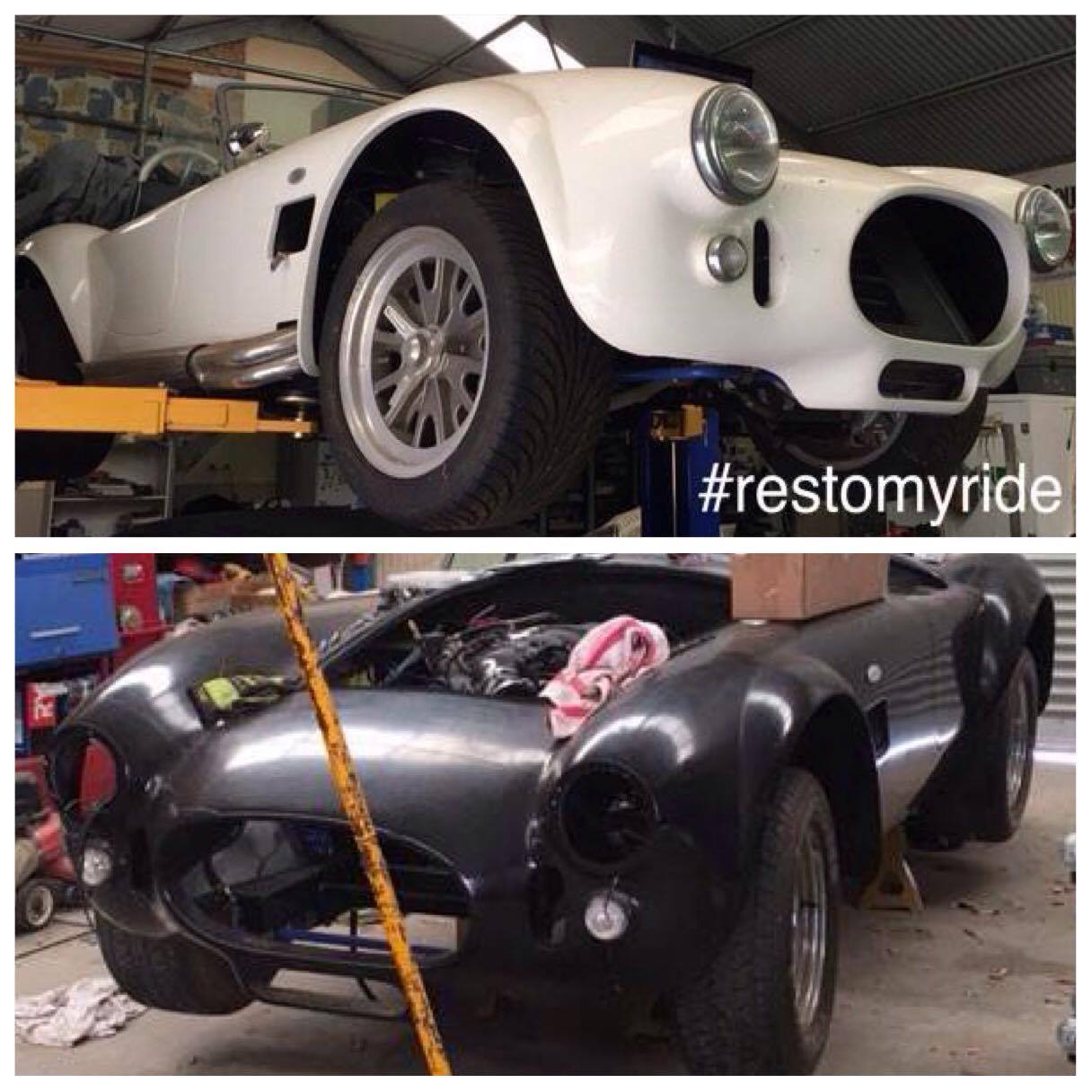