This Plymouth Barracuda Convertible has been a part of the Allen family since it was given to Simon’s cousin Robyn in New York as a graduation present. She had the car until she passed away. The car was then passed onto Robyn’s brother Michael who hoped to restore it one day.

When Simon had the opportunity of visiting his cousin in the USA he also got he chance to drive the Barracuda. He tried countless times to buy it off his cousin but sadly his cousin, due to sentimental reasons, would never sell it.

Years passed and Michael was no closer to restoring the car. His health took a turn for the worse and he was unable to work on the car in any way. He finally called Simon mid 2014 and said to him that if he wanted the car it was his – come and get it!

The car had been in storage in a barn in Boston since 1991 and hadn’t moved. Simon flew over to the USA in October 2014 and dragged the car out of storage and got it running and shipped it back to Australia. The car arrived in Australia in February 2015.

The intention is to restore the car and keep it in the family for future generations. Simon continues to update Michael on any progress he is able to make on the restoration. The whole family loves the car. Michael especially enjoyed receiving photos and updates on any progress.

Simon thinks the Barracuda should be chosen for the Resto as it has a great story associated with it based on the continued ownership from the USA to here in Australia. Parts for this car are readily available and new reproduction parts are continually coming onto the market. He thinks there is a huge following of this model Barracuda with similar cars selling at auction in the USA for millions of dollars. 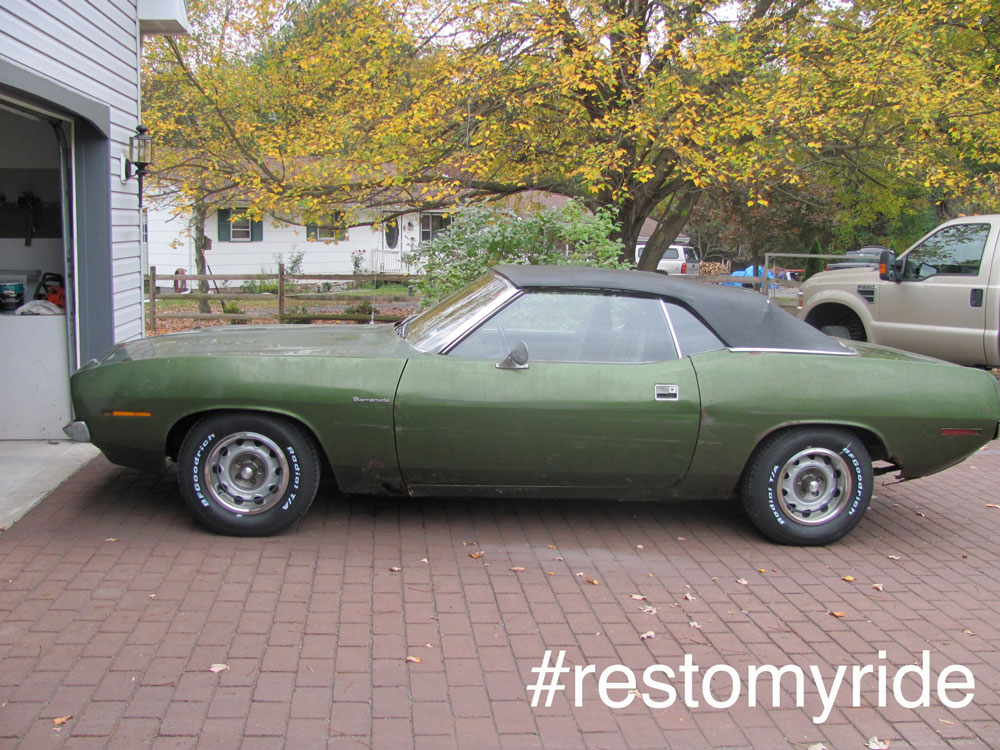 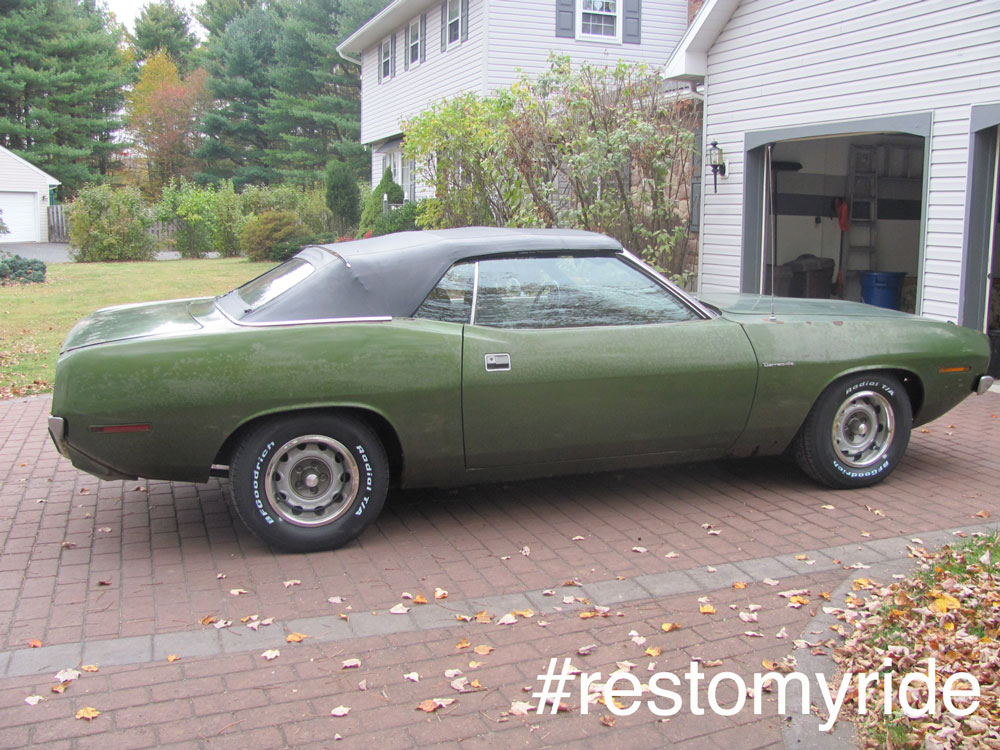 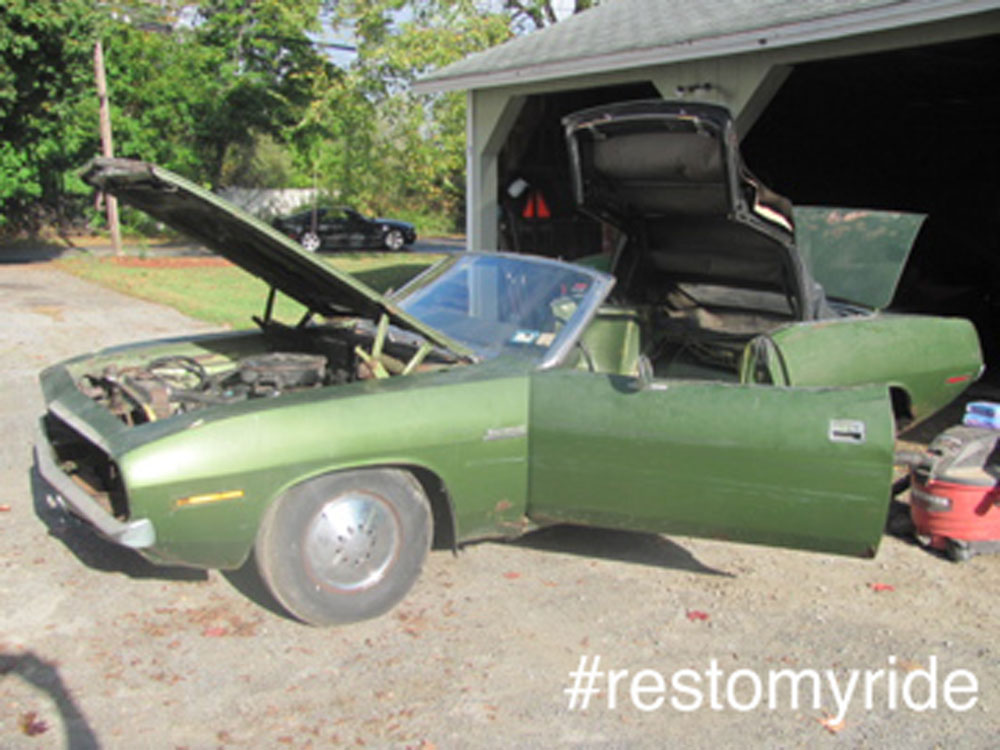 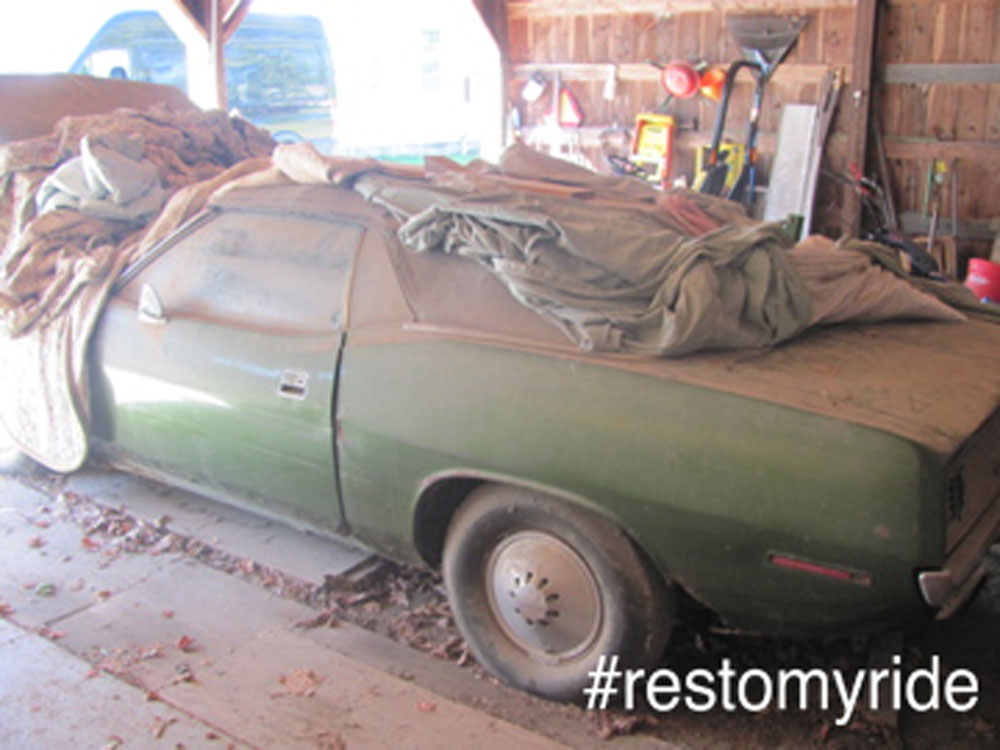