When the first Harley Davidson’s were imported into Australia around 1912 the local market was dominated by English motorcycles. Harley’s were more expensive then the English bikes, but with their bigger engines and sturdier frames they proved to be well suited to the rough Australian roads.

In the 1920s the durable Harley-Davidson was being used as a cheap workhorse by Sydney’s postmen, Adelaide telephone line men and as taxi couriers. During World War II, the Australian army bought 3350 US army Harley Davidson WLA models. They remained in use until 1962. 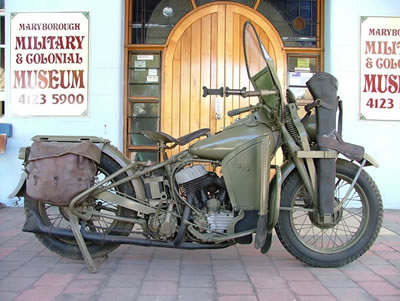