In 1988 Harley Davidson celebrated their 85th anniversary in Milwaukee. Over 60,000 people attended the event. The decade was revolutionary for Harley Davidson but that didn’t stop them ending the year with a bang. The FXSTS Springer Softail model was introduced into the line up right before the 80’s ended.

The FXSTS Springer Softail was a modern day recreation of the 1940’s Harley Davidson. It had the classic biker look with a 1340 cc engine symbolising the new era of the Harley Davidson. Minimal but super sexy the cruiser which harks back to the post war years was extremely popular and their identity was cemented. 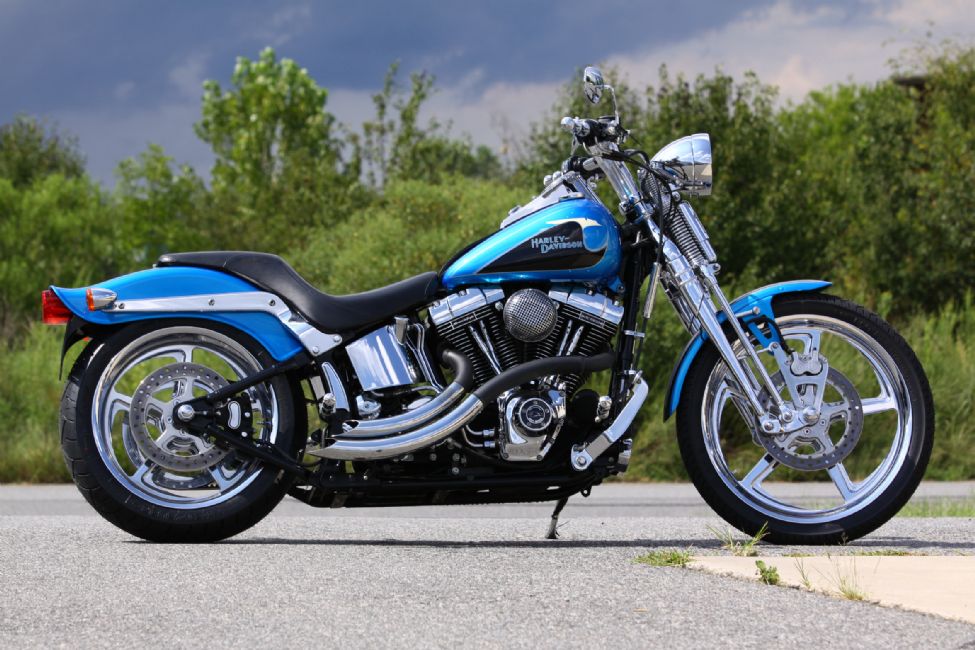