What’s the problem with using water in your cooling system?

When water is water and not vapour it has excellent heat transfer and pumping characteristics, better than any other fluid, so why does it cause so many problems in ‘real world’ application?

Engine and cooling system designers have tried to accommodate the many physical limitations that water provides.  Success however has only been partial and Evans believes that waterless coolants represent the long-term future of liquid cooling for engines.

Steam-Vapour and Overheating:   Evans Waterless Engine Coolant was primarily formulated to overcome overheating issues.  Water and water-based coolants generate a relatively high vapour pressure as heat energy is transmitted to, and absorbed by them. Under atmospheric conditions this vapour pressure increases steadily until, between 100 – 104°C, a pressure equilibrium exists between the coolant and the atmosphere (1.013 Bar) and so the water boils.  In theory, fitting a spring loaded cap provides an additional system pressure of approx 1 Bar (depending on the spring) which should raise the boiling point to 120-124°C.  However, water-based coolants in a dynamic environment do not always behave in a hydraulic fashion, especially when already heated to a high temperature. And subsequently the pressure within the system of 1 Bar Gauge is not evenly distributed throughout the cooling system. Subsequently, when very hot coolant, with a high vapour pressure, changes direction and/or is subjected to hot-spot temperatures above 124°C, then it will vapourise. Water vaporisation occurs most often within the cylinder head, on the liner surfaces and within the cooling pump.  Once a vapour bubble is generated the glycol portion of the coolant has a tendency to re-condense, leaving behind pure water-vapour. This water-vapour will not re-condense until the engine cools. Whilst the engine remains under load the vapour often forms pockets, which causes hotter hot-spots and often leads to poor engine efficiency and full-blown overheating.

Cavitation & Erosion:  The principle of vapour bubbles forming and quickly collapsing is better known as cavitation. Cavitation usually occurs wherever there is a pressure drop and can lead to overheating, partial gassing up of the pump chamber and cavitation-erosion. Cavitation-erosion has the ability to eat through cylinder liners, pump impellers and volutes.

Compromised Combustion:  When engines suffer from hot-spot overheating around the combustion zone, it is Evans experience that efficient combustion is partially compromised.  Specifically the fuel-air mixture will not ignite uniformly if the internal cylinder wall and head temperatures are too hot.  This conclusion has been born out in many instances where fuel consumption has reduced after conversion.

Pressure Stresses:  Water-based coolants generate a high vapour pressure and often commercial cooling system components have to withstand internal pressures in excess of 2 Bar Gauge.  This pressure cycles up and down every time the engine is run and the cause of cyclical stress failures, a major cause of leaks.  Although these problems are not apparent early on, over time significant coolant can be lost and top-up will be required on a day to day basis.  More expensive, is the cost of regular replacement of radiators, water-pumps and hoses.

Inherent Corrosion:  Two other natural characteristics of water-based coolants are intrinsic to the corrosion process; 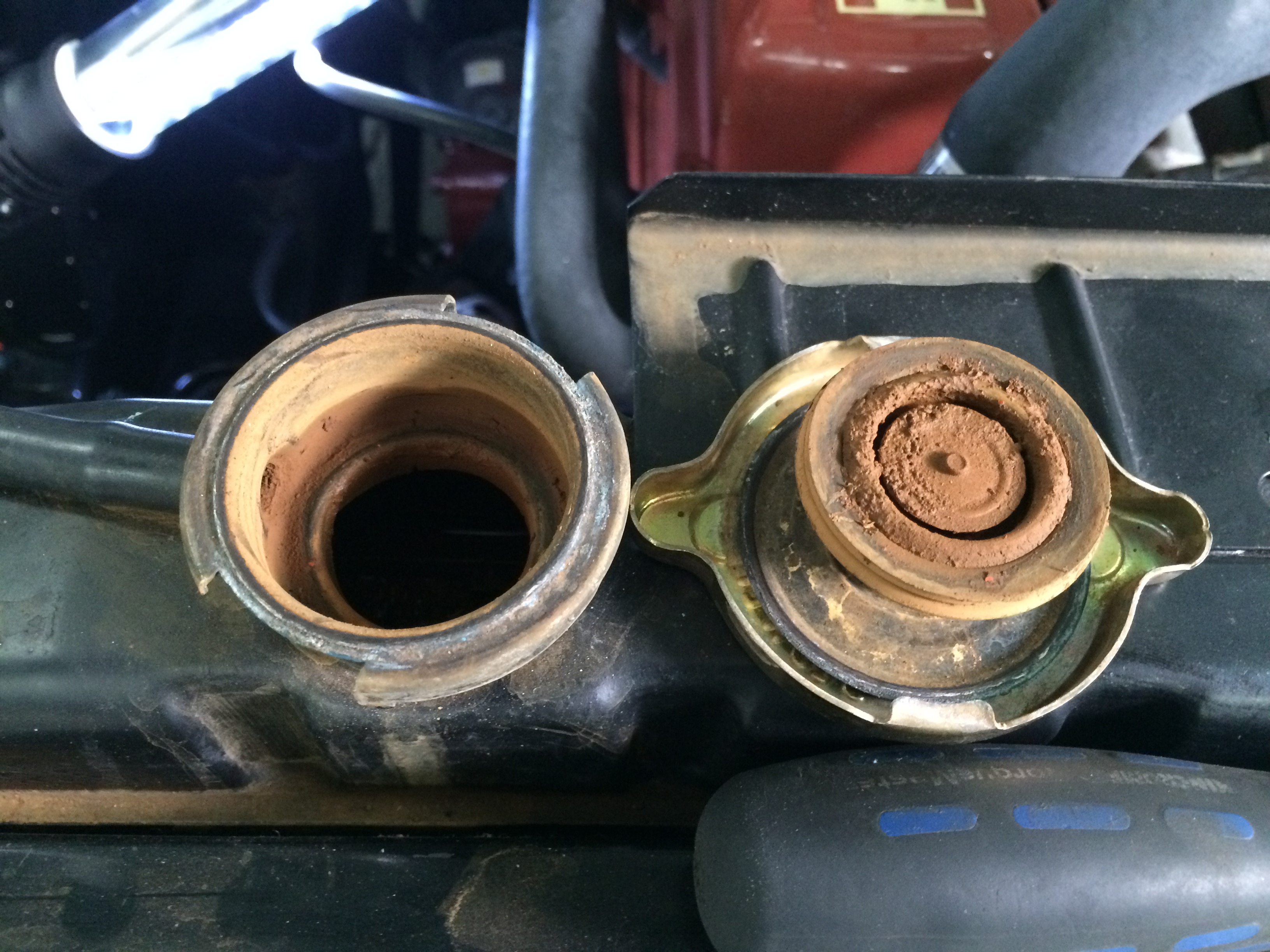